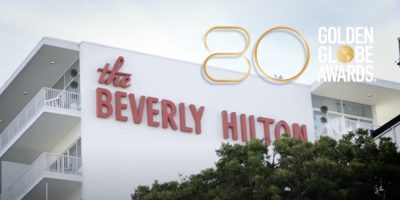 The Globes were scrapped last year over lack of diversity, accusations of sexism, and ethical and financial lapses among members of the Hollywood Foreign Press Association.

The Globes were always known as a pre-curser for what the awards season would be like.  This show in particular was considered Hollywood’s biggest and booziest party that would draw about 18 million viewers.

How will things be different this year?

NBC will air the 80-year-old globes under a one-year deal instead of a multi-year contract.

There’s now a strict code of conduct, refreshed bylaws, a ban on gifts and new rules on accepting travel and other perks from the industry. Contentious news conferences were dumped, and the pool of awards voters was expanded beyond the 87 Los Angeles-based foreign journalists who once ruled the organization.

199 people decide who gets a Globe, a mix of 96 HFPA members and outsiders from other countries brought in to dilute the power of the old guard. Membership eligibility was expanded from Los Angeles to anywhere in the United States.

52 percent of Globe voters are now female and also 52% racially and ethnically diverse, made up of Latino, Asian, Black (there has been no black member since 2002) and Middle Eastern.

Voters also include those who are LGBTQIA+. In all, 62 countries are represented.

While many stars are expected to show up, Brendan Fraser, nominated for his performance in “The Whale,” will not be there Tuesday.

In 2018, Fraser said he was groped by Philip Berk, a former HFPA president who is from South Africa. Berk was expelled in 2021 after calling Black Lives Matter “a racist hate movement.”

Tom Cruise is not likely to show either after he returned his three Golden Globes last year in protest.  This year he was snubbed for a best actor nod for “Top Gun: Maverick.