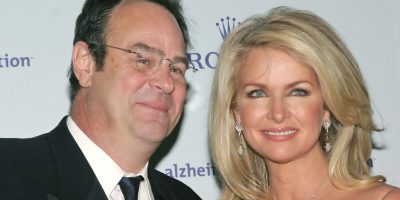 The couple put out a statement; “After 39 years as a couple we are now on separate life paths,” the couple told People in a joint statement released on Friday. “We remain legally married, co-parents, co-workers and business partners. This is our choice in loving friendship.”

Fun fact: at one point Aykroyd was engaged to late Star Wars actress Carrie Fisher.  Donna was once set to marry Paul Stanley of the KISS.

The couple says that the key to a successful marriage was “finding the right person” and “knowing their soul.”

The couple share daughters Belle, 28, Stella, 24, and 32-year-old singer Danielle – better known by her stage name of Vera Solo – together.