Streaming services come and go, and apparently they GO FAST!

Another one bites the dust, as Quibi, the mobile-only streaming service will be stopping all operations as of earlier today.

The company had been BLEEDING money, as it launched back in April earlier this year!

They offered folks the opportunity to have a free trial for three MONTHS, and after that? They lost 90% of their subscribers!

characters that don't know each other but would be best friends: pic.twitter.com/FGxJf1Bt05

Although they do have Sasha Velour (Season 9 Winner of RuPaul’s Drag Race) show Nightgowns, there really isn’t much.

As a result many didn’t mourn on socials earlier today:

Quibi is shutting down today. Cannot believe a bad idea with worse execution raised over a billion dollars. https://t.co/Z2RjJGqaVV

I did the math and Quibi lasted for exactly 28,584 Quibis.

The Social Network but it’s the Quibi people suing each other, both claiming it was not their idea

Hopefully the creators of the show and works will be able to pick up their contracts and leave, but until then, pour one out for Quibi. 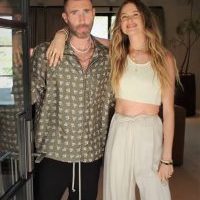