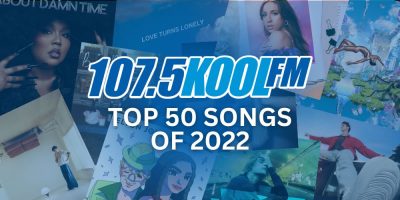 Will Smith slapped Chris Rock. Elon Musk turned Twitter into a social media spectacle. Johnny Depp and Amber Heard went head to head. Meghan and Harry told their story on Netflix. And musicians were able to get back to doing what they love with more interviews, more concerts, and more new music.

“Love Turns Lonely” is her most recent single release about love turning into something distant and unrecognizable.

In an interview, Sophie shares, “‘Love Turns Lonely’ is my first solo release in a long time. I took a break from releasing to focus on writing for other artists. It was a very organic way to get back into artistry. I wrote it with three of my closest friends, and I think you can hear the love in it. ‘Love Turns Lonely’ is about a fizzling relationship; where the partner in the song is being a bit distant and dramatic. The narrator is lost and the love they had is slowly turning to loneliness.”

The song peaked at #16 in Canada on the Hot AC charts.

This Australian singer-songwriter originally wrote and released “Unstoppable” on her 2016 album This Is Acting. The sleeper hit later gained popularity for commercials and as a backing song on TikTok and in 2022, Sia released the song as an official single to radio.

When it comes to the song’s lyrics, Michelle Lulic hit the nail on the head. “These lyrics don’t preach anything less than the idea of you being a force to be reckoned with. She continues, saying the lesson in “Unstoppable” is “Put your armor on and keep your chin up, because even someone like Sia can have her own insecurities. You got this!”

Next on our Top 10 Songs Of 2022 is another British singer. Harry Styles released “As It Was” in the spring of 2022 as the lead single on his third studio album.

While doing an interview, Harry shared that the voice at the beginning of the song was his goddaughter. He goes on to explain that they had a streak of her calling every night before bed and he missed the call once. “She wanted to let me know that she was quite angry with me about it. And then I dug it up in the studio one day and added it to the start of the song, and it just kind of stuck. I loved it.”

While he generally keeps his private life close to his chest, Styles explains that his songs are almost always about personal experience.

“I try and write from personal experience for almost everything,” he shared. “So, I think over the last couple of years with the forced pause that happened for a long time for all of us, I think I had a lot of time to kind of think about work out who I was, away from music and get a little more comfortable with that. I think that allowed me to make this album from a very liberated place.”

“As It Was” topped charts in the US, UK, and Canada, as well as 32 other countries around the world. In the US, it was the longest-running song by a UK artist to stay at #1.

“Cold Heart” by Elton John & Dua Lipa was produced by Pnau and released in August 2021. It won the 2022 Billboard Music Awards and was nominated for other awards, including Song of the Year.

In an interview, Elton John explains that “I took [Dua Lipa] to dinner in Los Angeles during lockdown and we mentioned ‘Cold Heart’ because it originally was just me singing and we thought it would be much better if we had a girl. And we thought of Dua because future nostalgia is full of those beautiful dance songs and it’s came out and made everybody happy this year. He continues, “We said, ‘Listen. Think about it but play it by the pool loud.’ And she phoned us and she listened to it by the pool and she phoned David, my manager and my husband back and said, ‘I’m in.’ You know without her, it wouldn’t have been the same thing … she just lifts it to another dimension.”

“Cold Heart” was Elton John’s first #1 single in the UK in 16 years and also topped US and Canadian charts.

Nicky Youre is new to the pop music scene, releasing his second single, “Sunroof” last year. It quickly gained traction and was one of the Top 10 songs on the Billboard Hot 100 by November 2022.

On his site, Nicky talks about the creation of “Sunroof.”

“I wanted to make a song that captured the feeling of excitement you get when you meet someone that you can’t stop thinking about. I wanted to have a product that was fun and high-energy while still being easy to listen to. When I meet someone like this, the thought of them is like an itch in my brain that I can’t scratch. So I wanted the song to be catchy so it sticks in your head just like when you’re stuck thinking about someone”.

Camilla Cabello released “Bam Bam” on her third studio album in March 2022. During an interview with Ryan Seacrest, Cabello shares her inspiration behind the song.

I feel like the lesson in [‘Bam Bam’}, which is the lesson that I feel like I’m learning as I’m growing up, is that life has its cycles. You know, I was in a long relationship that was amazing and awesome but things change and things end, and then different things begin again and I feel like this song just kind of reflects that cycle of love – that you’re in love then you’re out of love then it hurts, you know what I mean. And [it’s about] just kind of keeping your head up through that and trying to savor what it is to be human and have things change.”

“About Damn Time” was the first single from Lizzo’s fourth studio album and was also the last song to be written. Having pulled together the other tracks, Lizzo felt the album was missing something with an uplifting emotional impact.

The song reached #1 in the US as well as top 3 in many other countries including Canada.

Our next top song of 2022 is also from a Canadian artist. “She’s All I Wanna Be” by Tate McRae was released on February 4, 2022, following a TikTok teaser campaign. The campaign included duets with other TikTokers and her showcasing choreography from the music video, which was inspired by the movie A Chorus Line.

In an interview, McRae explains that the song started as a sad ballad but decided to try a different take.

“I walked into the room and it was literally just me and a producer and I was in a really bad mood and I was like, “can you just play really depressing piano chords please” … So I just started writing this really sad ballad about ‘She’s All That I Wanna Be’. When McRae got the song back she asked the producer to make it punky to see what it sounded like and 4 hours later she had an entirely different song.

The song received amazing feedback from critics and debuted in the Top 10 in several countries. In Canada, it peaked at #3 and #5 on various charts.

In an interview with Vogue, Bieber shared, “My objective in making this album was to provide comfort to the listener […] I know a lot of people have been isolated, but music is really an outlet to bring people together.”

He goes on to explain that the song is about losing somebody you love but expresses that the lyrics also worked for those going through quarantine during COVID.

“The hook is saying, ‘If I can’t get close to you, I’ll settle for the ghost of you.’ That works for this quarantine situation […] we’re not relating and connecting in the same way. It has allowed us to only really have these memories. I hope this resonates and I hope it fills your heart up with joy or comfort in some sort of way.”

The song made it to the Top 10 in several countries, including #1 on Canada’s AC charts.

Called “indelible,” “fantastic,” and “anthem of same-sex longing” with “mass appeal”, “Thats What I Want” was one of the top songs played on KOOL FM in 2022.

The song was accompanied by a music video. At the beginning of the video, Lil Nas X falls from the sky onto a football field where he catches the eye of a cheerleader. Later in the video, he shares some steamy moments with the cheerleader, played by Yai Ariza.

It was later spilled that the two had dated in real life but broke up because Lil Nas X wanted to focus on his music.