I have found the only ‘beauty guru’ that I need to follow.

Listen, if you’re over 30 and don’t have bright ring lights following you around everywhere, much of the makeup tutorials by the BIG names online are not going to work for you. Too much, too drying, wrong highlights etc.  Something as simple as figuring out the right under eye concealer can be a problem if you are not learning from the right source.

For me, and maybe for you, Wayne Goss is that source. His videos are to the point and actually teach you the fundamentals of makeup. Plus, he reviews makeup from the point of view of someone whose skin moves and creases (“as it should!” he says). He’s charming and funny, too.

I recently started watching his short videos and tested out some of his tips.

Here’s his video for using blush as a bronzer for a simple pretty look:

Here’s my first time trying it. (My skin is light but not quite that white. I have sunscreen on in the before photo and it’s a bit whitening… and also blurring, making my skin look better than usual!)

Here’s the same technique but with added powder contour (which I learned from Wayne, shouldn’t be put directly on top of liquid or cream foundation that hasn’t been set first as it just smooshes around the wet foundation)

But, before I tried the blusher technique, I also watched his videos on foundation and concealer.

Watch watch and keep on watching. He’s a wealth of practical information. And yes, he’ll show you the dramatic eye and contour looks you might want to try one day.

Alright- hop on down that rabbit hole of Wayne Goss videos. I think you’ll love him.

Oh, and there’s this: 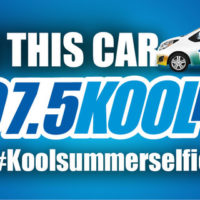