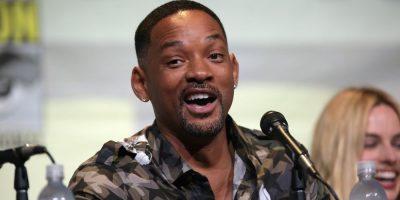 Cancel culture, rarely also known as call-out culture, is a phrase contemporary to the late 2010s and early 2020s used to refer to a form of ostracism in which someone is thrust out of social or professional circles—whether it be online, on social media, or in person.

And the 2022 awards for cancelled celebrities in a public drama go to — a list of high-profile stars and organizations.

Whether one is a political figure, part of Hollywood’s elite, an ordinary person, or a company, all it takes is one public mistake or problematic view before someone’s career is over and their misdeeds are smeared all over social media.

So, Who Got Cancelled?

Adam Levine
The Maroon 5 frontman got publicly shamed after it was alleged that he had cheated on his wife, Behati Prinsloo, with whom he shares two children (and has a third on the way).

Levine, 43, was accused of having an affair with Sumner Stroh as well as sending flirty messages to several other models.  Sumner deleted the public tweet- Adam always maintained that he didn’t cheat, but did cross a line…

JAMES CORDEN
“The Late Late Show” host James Corden made headlines in October after he reportedly screamed at waitstaff at New York’s iconic Balthazar restaurant, which initially earned him a lifelong ban from the eatery.

Ellen DeGeneres
Another TV personality who found herself on the wrong side of pop culture is Ellen DeGeneres — who was accused of having a toxic workplace culture. The world shunned the once-beloved daytime talk show host after word got out, and her show ended this year.

Podcaster Joe Rogan faced cancellation this year after several clips of him dropping a racial slur emerged online. The backlash started after the embattled podcast host allegedly started “broadcasting misinformation, particularly regarding the COVID-19 pandemic.” Rogan later apologized and said he was not trying to spread misinformation.

TICKETMASTER
Ticketmaster caused “bad blood” with Taylor Swift fans after denying them tickets for her highly anticipated The Eras tour. Swifties queued up for as long as eight hours for tickets to either be dropped in the middle of waiting or to be told that no more tickets were available. Fans of the “Lover” singer actually sued the ticketing company for fraud and intentional misrepresentation.

KANYE WEST
Yeezy comes, Yeezy goes. Kanye West faced a spectacular fall from grace this year after the “Heartless” rapper unleashed a storm of anti-Semitic remarks. West was banned from both Instagram and Twitter for spewing hateful remarks. In addition to the bans, West was dropped by Gap, Balenciaga and Adidas.

WILL SMITH
The Slap!