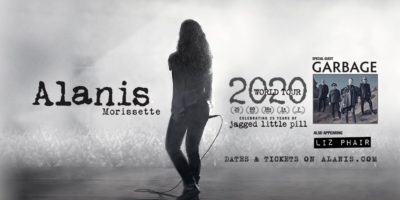 Alanis Morissette has opens up about post-partum depression and mental health in her new single, “Diagnosis.” It was released Friday and will be on her upcoming album, Such Pretty Forks In The Road.

It’s a vulnerable, piano ballad filled with passion. Listen to the song here:

This is the third single she’s released from the upcoming album. The first two were “Reasons I Drink” and “Smiling.”